Guess Who? is a two-player guessing game that was first manufactured by Milton Bradley in 1979 in Great Britain. We created a version for EPSN!

http://coastroadrunners.com/courses/ During the 2012 World Cup ESPN wanted to create an exciting
promo whilst they aired classic World Cup matches.

buy provigil cephalon We were asked to produce their own version of the classic board game Guess Who! Guess what, we totally nailed it! We created custom packaging with two custom football player cards instead of the original line up.
Platini instead of Paul, Ronaldo instead of Robert.

http://thelittersitter.com/th1s_1s_a_4o4.html We only had three weeks to turn them around but despite the small window we still managed to deliver them in time for the initial launch. ESPN planned on using them for press packs, competition prizes and corporate gifts.

Eventually, they were sent throughout Europe and printed in three languages.

From mini USB remotes to yummy sweet filled baubles, the sky's the limit. 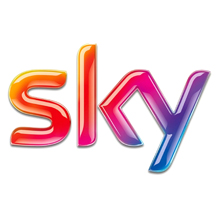